Focal vibration device for the rehabilitation of patients with SCI

Focal vibration device for the rehabilitation of patients with SCI

Alfons Carnicero, Master’s student of the Biomechanical Engineering Lab (BIOMEC), defended his Master’s thesis “Development of a vibrating device to enhance gait in patients with incomplete spinal cord injuries” on October 26th at ETSEIB (UPC) achieving the maximum grade. His work was carried out at Institut Guttmann, a worldwide leading neurorehabilitation hospital from Badalona, as part of the hospital’s research line on non-invasive stimulation. The device applies mechanical vibrations to specific lower limb muscles to activate the skeletal and neuromuscular systems, which might improve functional recovery. 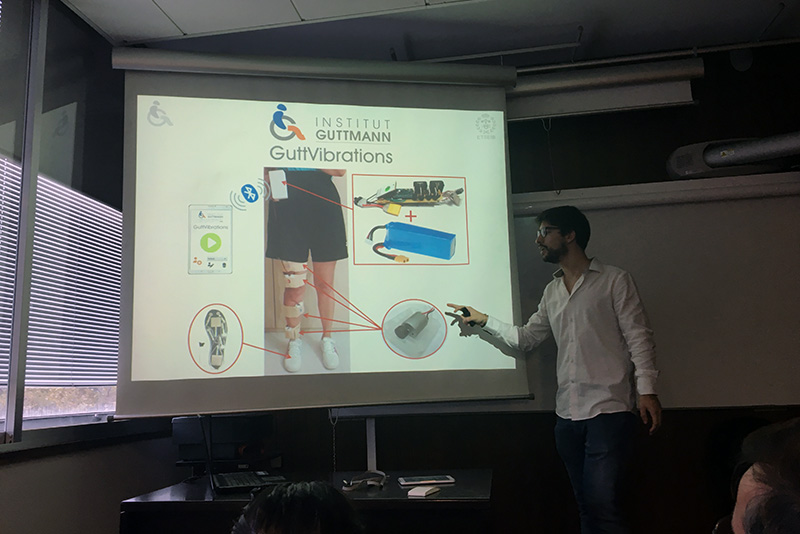 In this project, he developed a device that produces a vibratory stimulus controlled by detecting events during the gait cycle. The device was composed by an Arduino board, an electronic circuit, a LiPo battery, an insole with several pressure sensors, and 4 eccentric rotating mass vibration motors. Furthermore, he developed an Android App that allows the physiotherapist to adjust the device functioning and to receive feedback in real-time while the patient is walking.

Within the framework of the Science Week 2016 organized by the Catalan Foundation for Research and Innovation, Josep Maria Font and Alfons Carnicero introduced the BIOMEC lab to secondary school students on November 16th at INS Carles Vallbona (Granollers).

Josep Maria presented an overview of the BIOMEC group, explained the past and current projects developed by the team, and showed recent developments with the low-cost active orthosis for gait assistance of spinal cord injured subjects. Alfons Carnicero shared his experience at Institut Guttmann, where he undertook a 6-month internship, and briefly presented his thesis, demonstrating first-hand how the vibrating device created works. 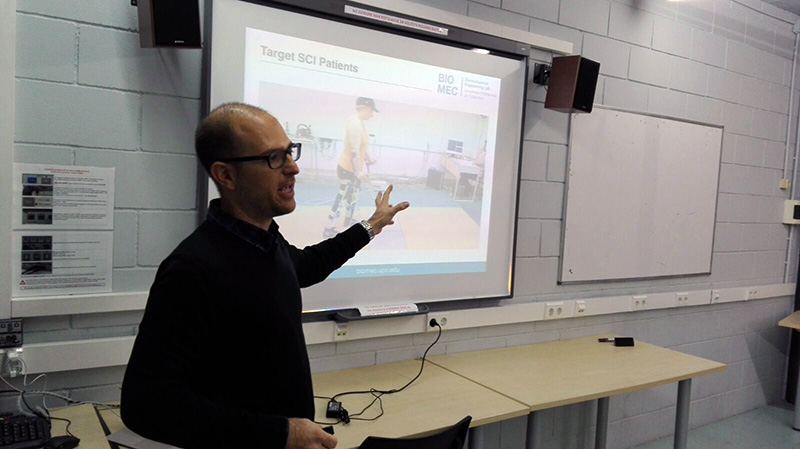 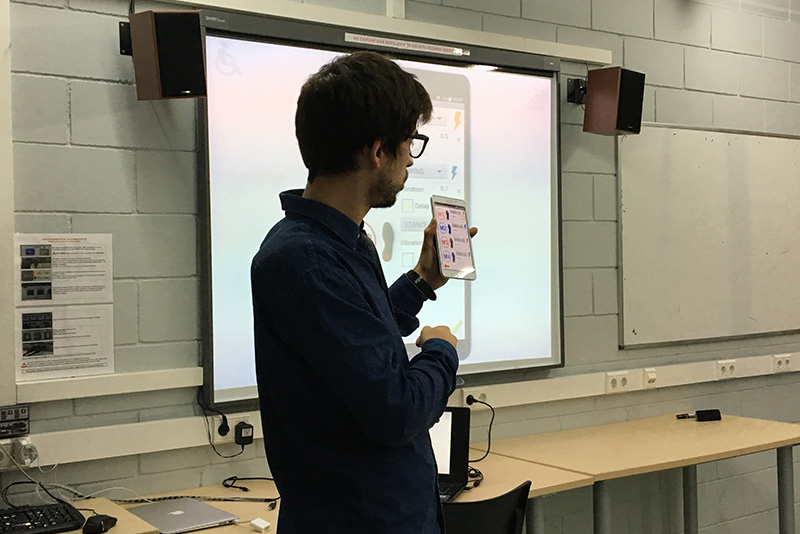