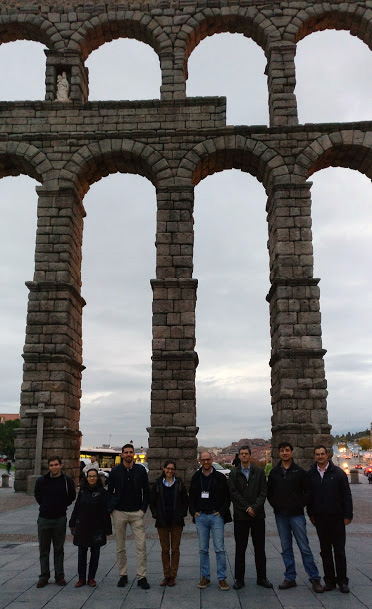 Members of the Biomechanical Engineering Lab (BIOMEC) attended the 3rd International Conference on Neurorehabilitation (ICNR 2016) and the 2nd International Symposium on Wearable Robotics (WeRob 2016), held in La Granja de San Ildefonso (Segovia) from October 18th to 21st, 2016. ICNR was focused in current state-of-the-art and future trends in neural rehabilitation, while WeRob addressed novel approaches in technology for wearable robots in the clinical field. The Lab presented the last work developed in the framework of the HYBOR project, funded by MINECO. The photo on the left shows the researchers of the project from University of La Coruña, University of Extremadura and UPC, in front of the famous aqueduct of Segovia.

In this session, four papers were presented by invitation. Katja Mombaur (University of Heidelberg) talked about her work on model-based optimization for the design of lower-limb exoskeletons, Miguel Silva (University of Lisbon) showed the design, analysis and simulation of a novel ankle-foot orthosis, Massimo Sartori (University of Göttingen) presented a novel approach for neuromusculoskeletal modelling of human-machine interaction in individuals wearing lower limb assistive technologies, and Javier Cuadrado described the evaluation of motion and force transmission between orthosis and subject through forward dynamic analysis. 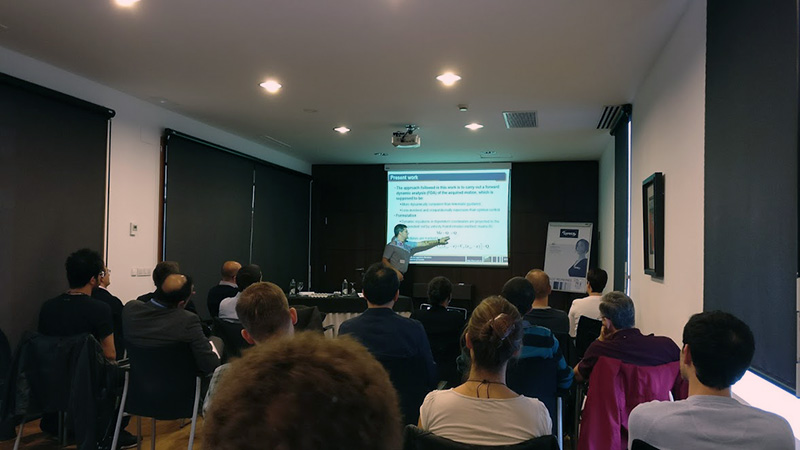 On Friday 21st Josep Maria Font presented a paper in a workshop of WeRob, where emerging technologies in wearable robotics were presented. He talked about the design and experimental evaluation of the orthosis that has been developed in the Lab, in collaboration with the universities of La Coruña and Extremadura. 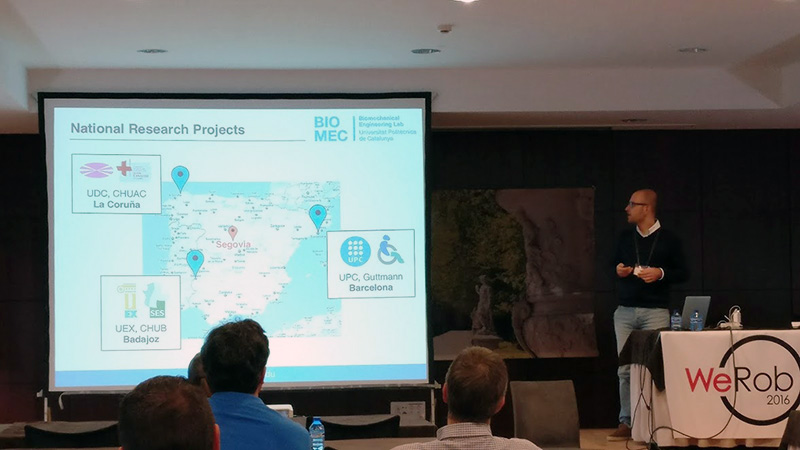 Throughout the conference nine plenary talks were scheduled. Among them, Prof. Dario Farina (University Medical Center Göttingen and Imperial College London) talked about man-machine interfacing by decoding spinal motor neuron behavior in humans; and Prof. Conor Walsh (Harvard University) showed the research of the Harvard Biodesign Lab on the development of soft exosuits that assist and augment human performance.