BIOMEC receives one of the five OpenSim Outstanding Researcher Award 2017

BIOMEC receives one of the five OpenSim Outstanding Researcher Award 2017

Josep Maria Font received in October 2017 one of the five “Outstanding Researcher Award”, given by the National Center for Simulation in Rehabilitation (NCSRR), for the project “Personalized robotic exoskeleton controller design for assisted walking”, in collaboration with Dr. B.J. Fregly (RCNL, Rice University). This award has permitted the BIOMEC Lab to participate in the Advanced Users Workshop organized by OpenSim at Stanford (Palo Alto, California), between the 28th and the 30th of March 2018. It has been a great opportunity to interact with OpenSim experts and advanced users from different universities, all around the world. 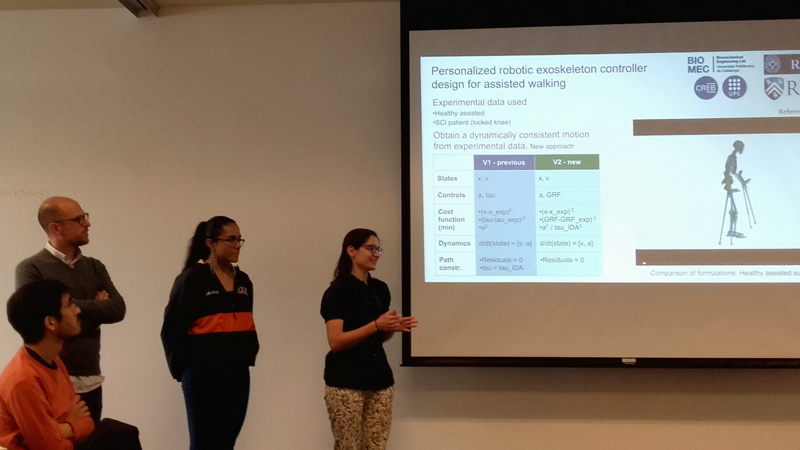 The workshop aim was to give an impulse to each one of the projects of the 27 participants. They were divided in four tables, according to their topics, and each table was supervised by two researches from the OpenSim team. To facilitate interaction between researchers, the first day each one presented the objectives for the workshop, and the last day, the obtained results. The OpenSim team also presented the new version of the software (4.0), and organized a competition to simulate the highest jump, using a model assisted by an exoskeleton. 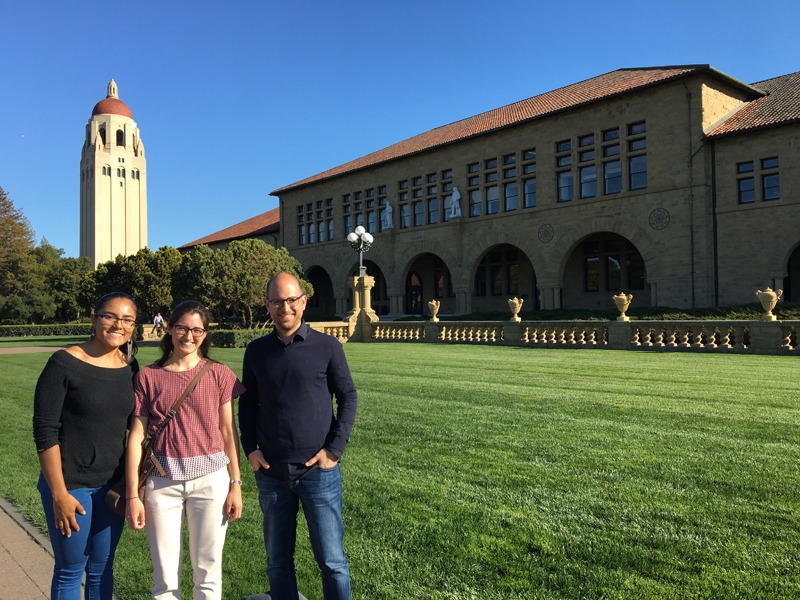 From BIOMEC Lab, the participants in the workshop were Josep Maria Font and Míriam Febrer, and from RCNL, Marleny Arones. The main goal of this project, in which participate UPC and Rice University, is to personalize the ABLE exoskeleton to each SCI patient. This will be done by choosing the best combination, for each patient, of the knee motor control parameters, using subject-specific models and optimal control simulations. This will facilitate the adaptation of the patient to the assistive device, reducing the trial and error time that currently has this process. 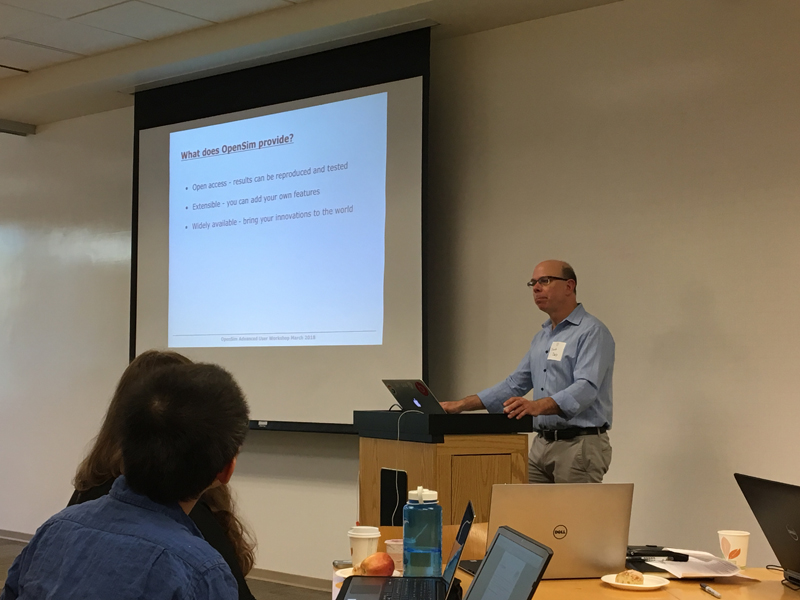